HCLT to Aquire its first Property

Big news for all of us today! The Hamilton Community Land Trust is excited to announce it has received a formal commitment via a passed motion from Hamilton City Council’s Planning Committee to begin transfer of the City’s surplus land located at 278 Wilson Street, in Hamilton’s Ward 3. See below for the full press release!

On Tuesday, January 17th, 2017, Hamilton City Council’s planning committee approved a motion to transfer the first ever property to the city’s first community land trust (CLT) for a nominal fee of $2, once it is ratified by full Council. The plan for the site is to develop affordable ownership townhomes in collaboration with Habitat for Humanity Hamilton and other community partners.

This marks an historic moment for the organization that was born out of grassroots in the Beasley neighbourhood in 2014. Allison Maxted, Director of the Hamilton Community Land Trust, states “This is a significant first step to put in motion a plan that has been in the works for more than 2.5 years. Much work remains ahead, but we are extremely grateful to have the support of Hamilton City Council and Matthew Green in bringing us to this point.”

The Hamilton land trust is joined by recent CLTs in the Parkdale and Kensington Market neighbourhoods in Toronto. All three organizations are part of a growing movement to give locals greater agency over how their communities develop, and to respond to the impacts of escalating real estate values.

Land trusts also support existing housing providers, like Habitat Hamilton, to expand their programs. Sean Ferris, Executive Director of Habitat for Humanity Hamilton, states “One of the greatest obstacles to delivering the Habitat program is our ability to find donations of land upon which to build. While Habitat continually seeks donations of land, our resources are finite, and a partnership with the Hamilton Community Land Trust makes abundant sense – maintaining a focus on land procurement while enabling more of Habitat’s resources to focus on building homes and serving families.”

The property to be transferred is located at 278 Wilson Street in the Landsdale Neighbourhood, where it has sat vacant for over 15 years after the existing home was destroyed by fire. It was later acquired by the City, and was declared surplus in 2008. According to a Social Planning and Research Council of Hamilton profile of the neighbourhood in 2012, “There are more renters (62%) than homeowners (38%) in Landsdale. Almost six in ten renters in Landsdale (57%) live in unaffordable housing and spend 30% or more on shelter costs”. Redevelopment of this property into quality affordable housing will contribute to sustainable revitalization of the neighbourhood.

Founded in 2014, Hamilton Community Land Trust is a volunteer-based, community–driven initiative that is working to preserve the vitality and long-term affordability of Hamilton’s diverse central neighbourhoods, through use of the community land trust (CLT) model. For more information, please visit www.hamiltonclt.org. 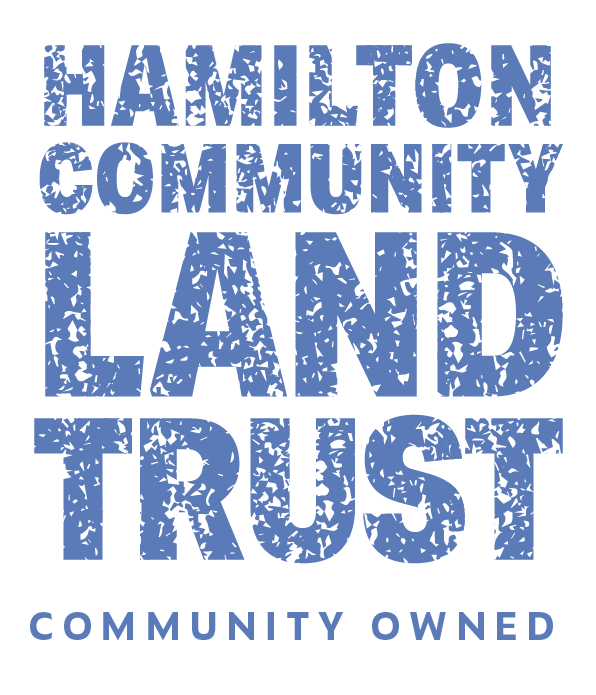 The HCLT is a non-profit corporation that owns land in the name of citizens and leases it back to social-purpose organizations and individuals in order to help meet needs that are prioritized by the community.

Donations are accepted through our charitable partner the Social Planning and Research Centre (SPRC).